On our final day in Charleston, we kept things relaxed and low-key. We woke up slowly, grabbed some pastries and coffee from Wildflour Pastry, and relaxed in their patio area for a while. I ordered a mocha and a blondie, and Steve ordered a (gigantic) sticky bun with pecans. They were some of the best pastries I’ve ever had. If you’re ever in the Charleston area, I recommend you stop in. 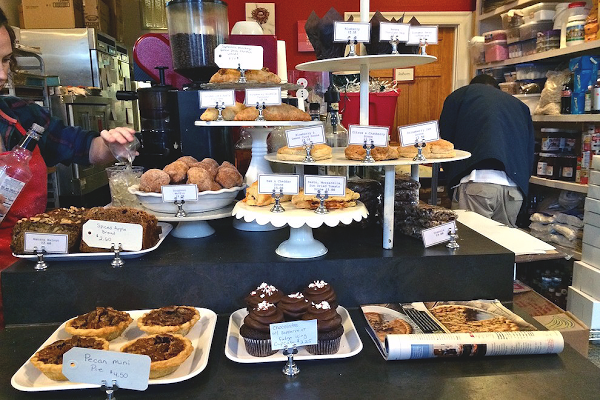 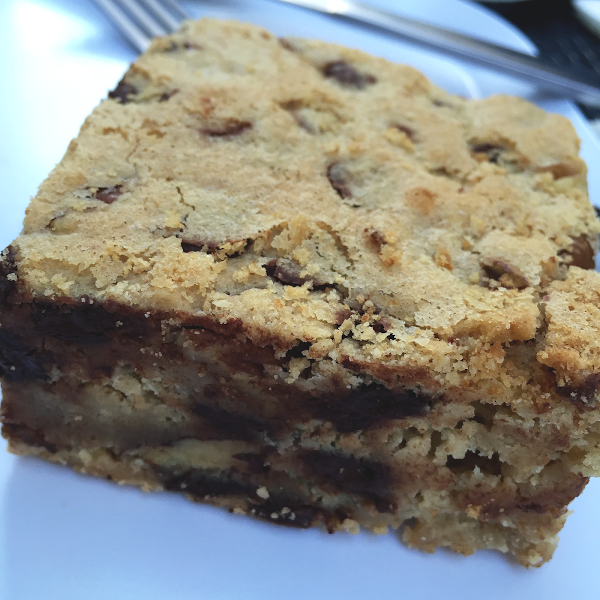 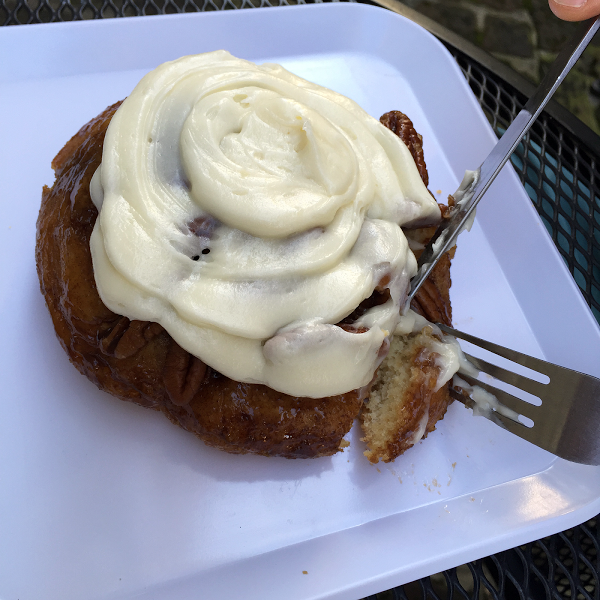 After filling up on coffee and sweets we set out to Johns Island to see the Angel Oak Tree. This was one of the things I was most excited to see during our trip because it has been around for an estimated 400-500 years (possibly longer) and is over 66 ft. tall and 28 ft. in circumference. This tree is thought to be one of the oldest living things in our country and it’s an absolutely beautiful sight to see. 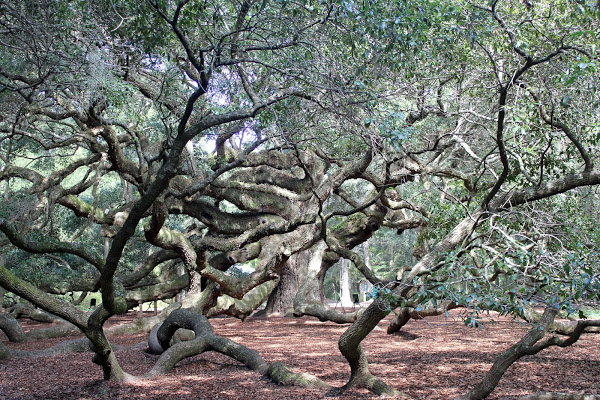 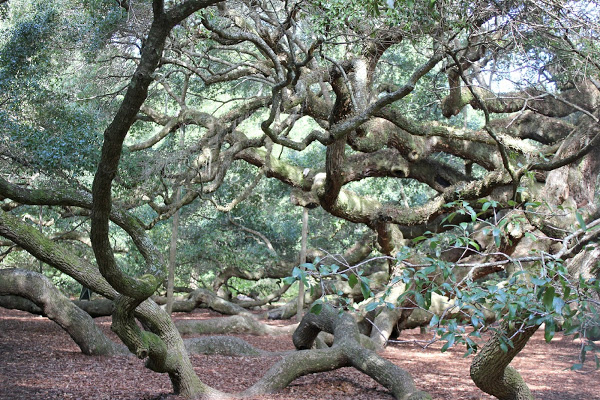 Steve and I just stood outside the fence in awe. We couldn’t believe that we were standing in the presence of something that has seen so much of Charleston’s history. It was breathtaking and it really put things into perspective.
After we left Johns Island, we decided to take a walk through downtown and the French Quarter again while the weather was so beautiful. Rainbow Row is so pretty to see during the daytime. 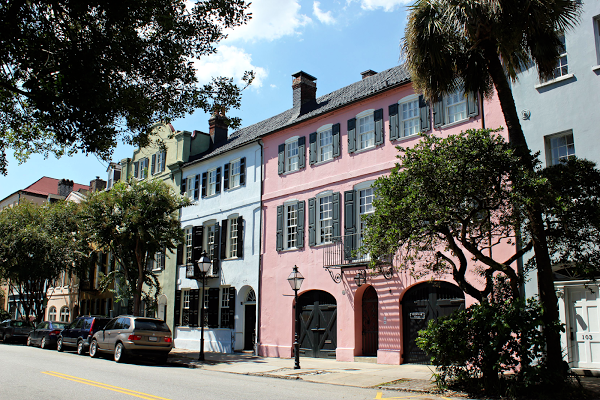 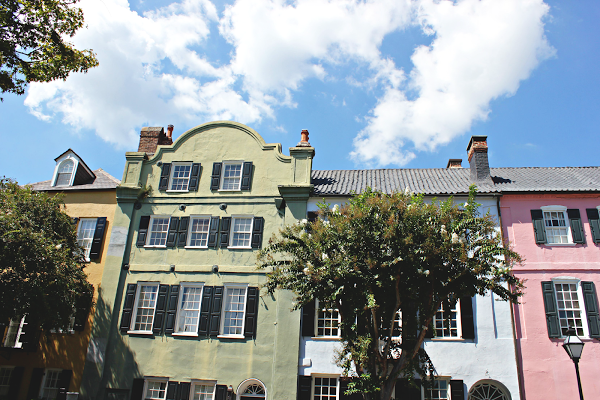 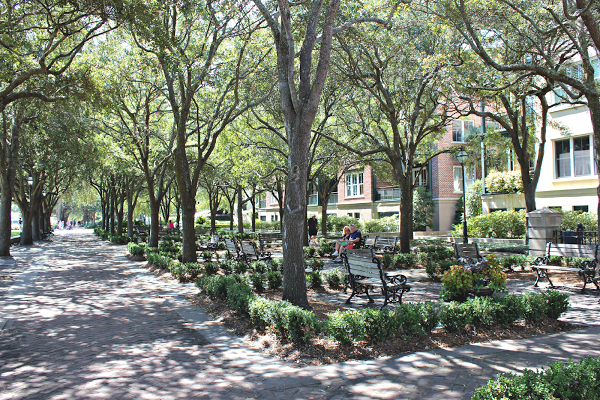 Then we made our way over to the famous pineapple fountain at Waterfront Park. The pineapple is a symbol for hospitality, which Charleston represents and practices perfectly. 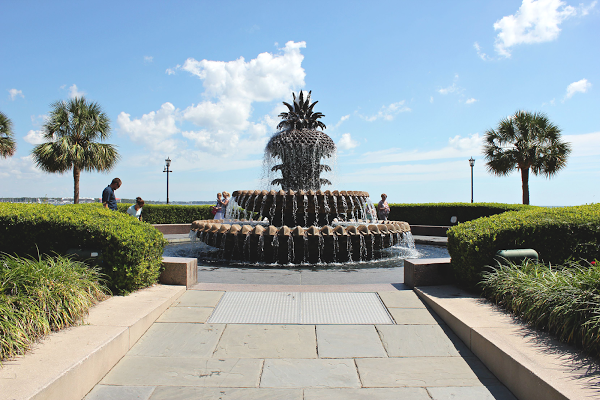 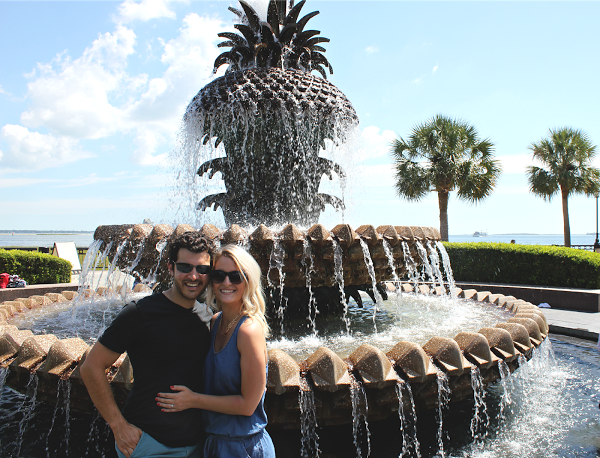 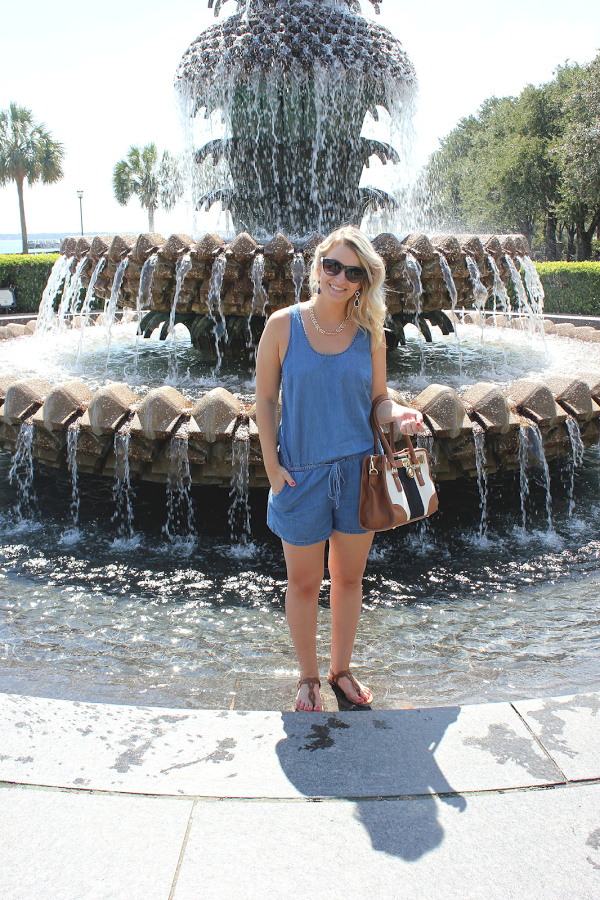 When our appetite started to come back, we decided to catch some of the NFL games at The Royal American on Morrison Drive. It’s a restaurant, bar, and live music venue in downtown Charleston that carries an eclectic collection or treasures that decorate the interior. We ordered up a pitcher of beer and kicked back to watch the Patriots play the Bills. We succumbed to our eventual appetite and ordered a taco salad as well. 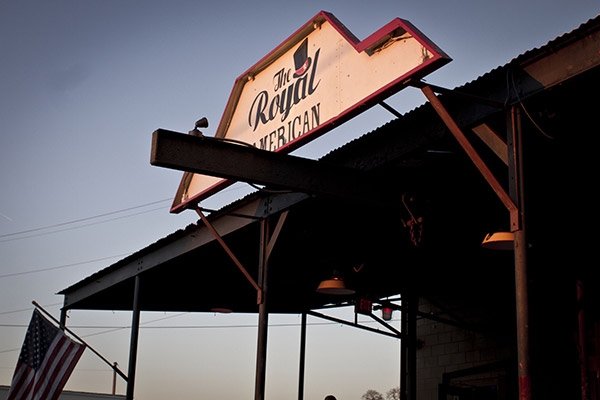 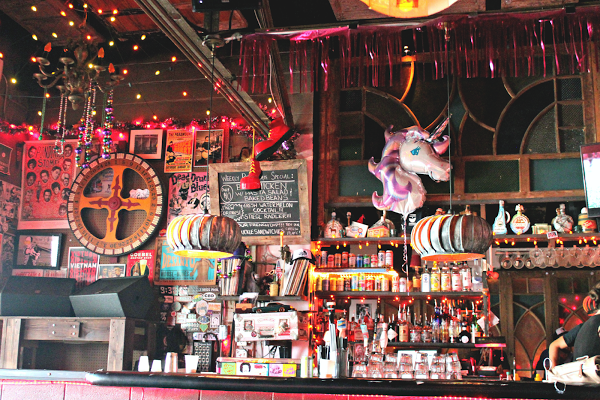 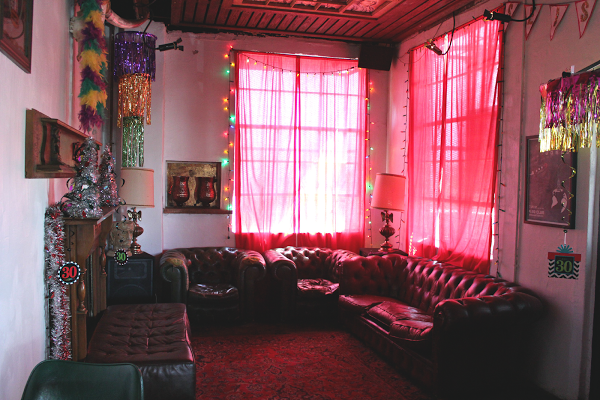 After we finished up our pitcher, we decided to head over to the shopping district to walk off some calories. We arrived unsuccessful and ended up at Christophe Artisan Chocolatier-Patissier. I, of course, picked up some macarons and truffles. Everything was so pretty, too! 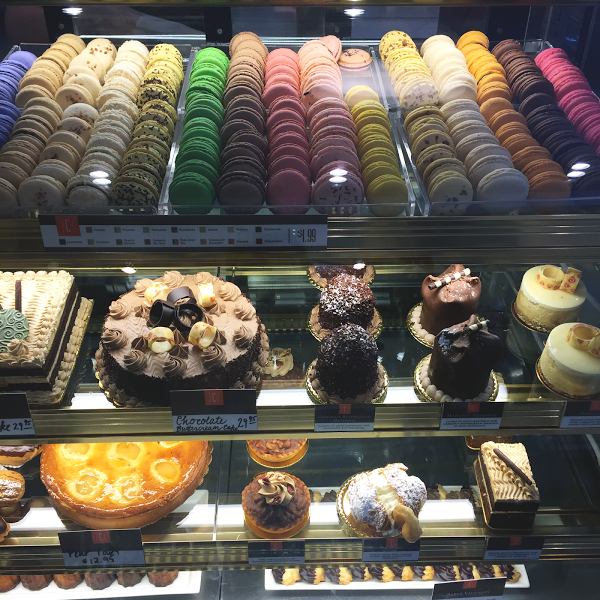 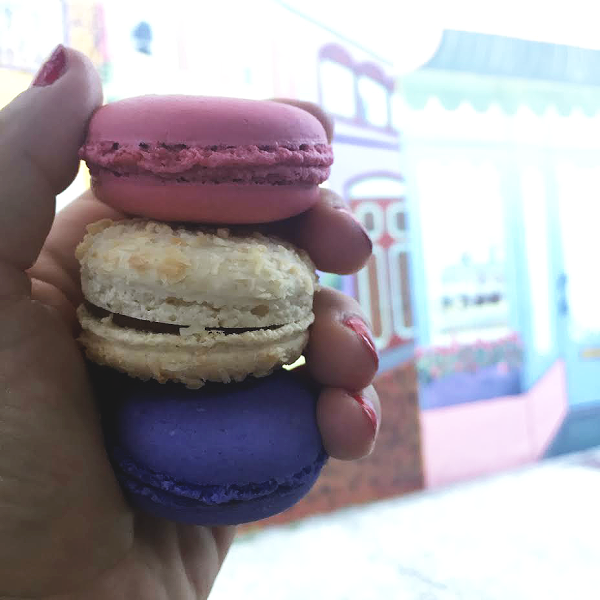 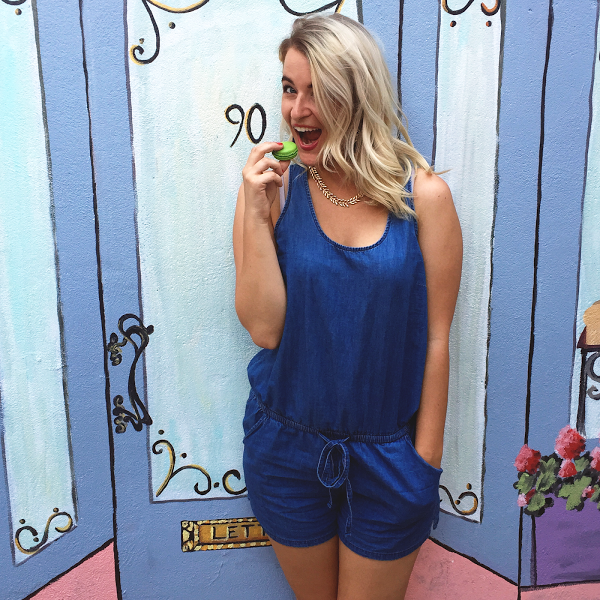 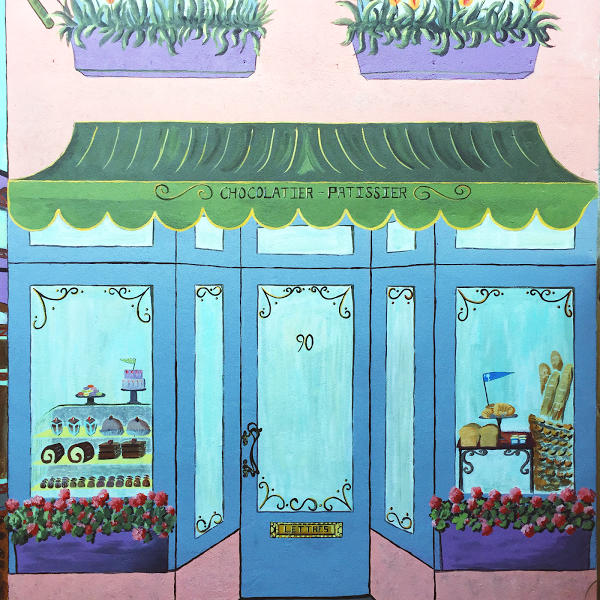 After splurging in some more sweets and shopping, we decided to head back to Folly Beach for the evening to watch the sunset and walk around. It was so nice to have so much free time on our hands. The beach was absolutely beautiful in the evening and I’m so glad we decided to go at the last minute. 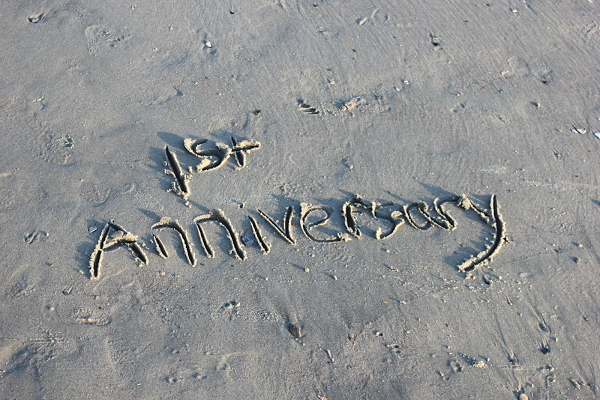 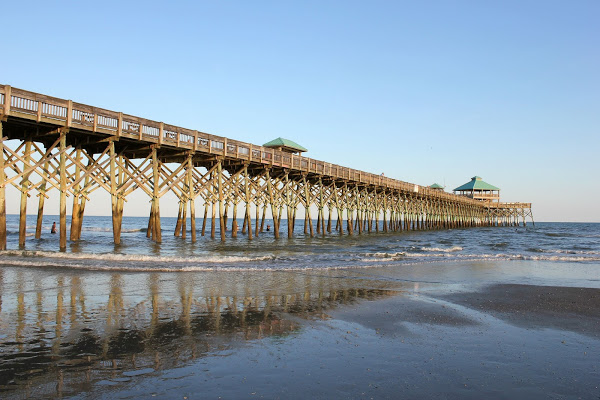 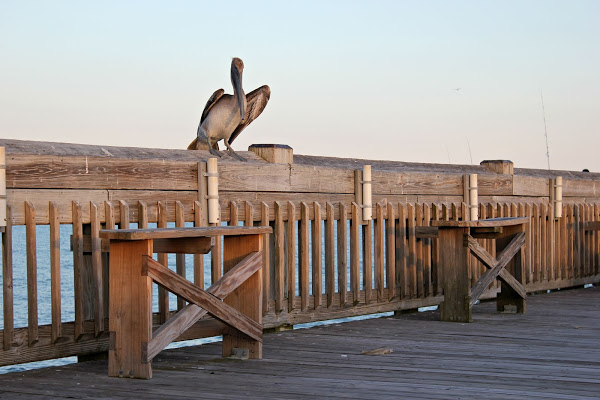 We closed out the evening with some fish tacos at Taco Boy and some frozen yogurt at Dolce Banana. I couldn’t have come up with a better way to end our anniversary if I tried. Everything was perfect. We’re already missing Charleston and can’t wait to go back. 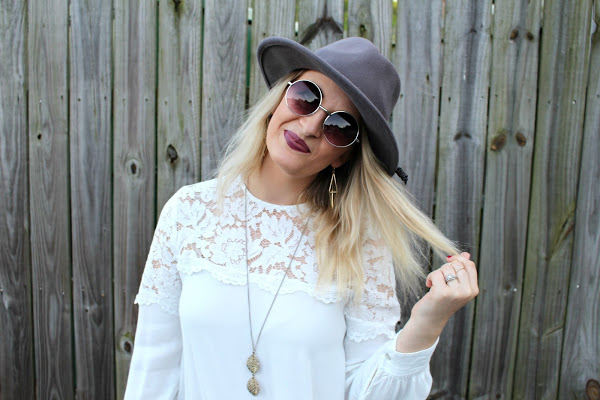